The purpose of this unit

The subject of gender confusion/transgenderism is difficult and impacts individuals and families in a variety of ways. This discussion topic is intended as a tool to bring important information forward, facilitate conversations and increase understanding.   Our loved ones, particularly our children, need us to understand the science associated with gender dysphoria and the ramifications – both physical and emotional – of social, hormonal and surgical transitioning.  True compassion and caring requires this of each of us.

Definitions and Steps of Transitioning

Gender Disphoria – A sense of unease that a person may have because of a mismatch between their biological sex and their gender identity.

Gender Identity – A person’s internal sense of being male, female, or something else.

1. Social transition –The process of the child presenting them self in the sex-stereotypical manner (appearance, behavior, pronouns, etc.) of their perceived gender identity.

2. Puberty blockers – Drugs used to prevent children with gender dysphoria from going through puberty at a normal age – creating an abnormal condition in order to prevent normal development.

3. Cross-sex hormones – a regimen of hormones administered for the purpose of chemically altering secondary sexual characteristics to match those of the opposite sex.

4. Sex reassignment surgery – “sex change” – attempts to surgically transform the genitals of a person to that of the opposite sex. 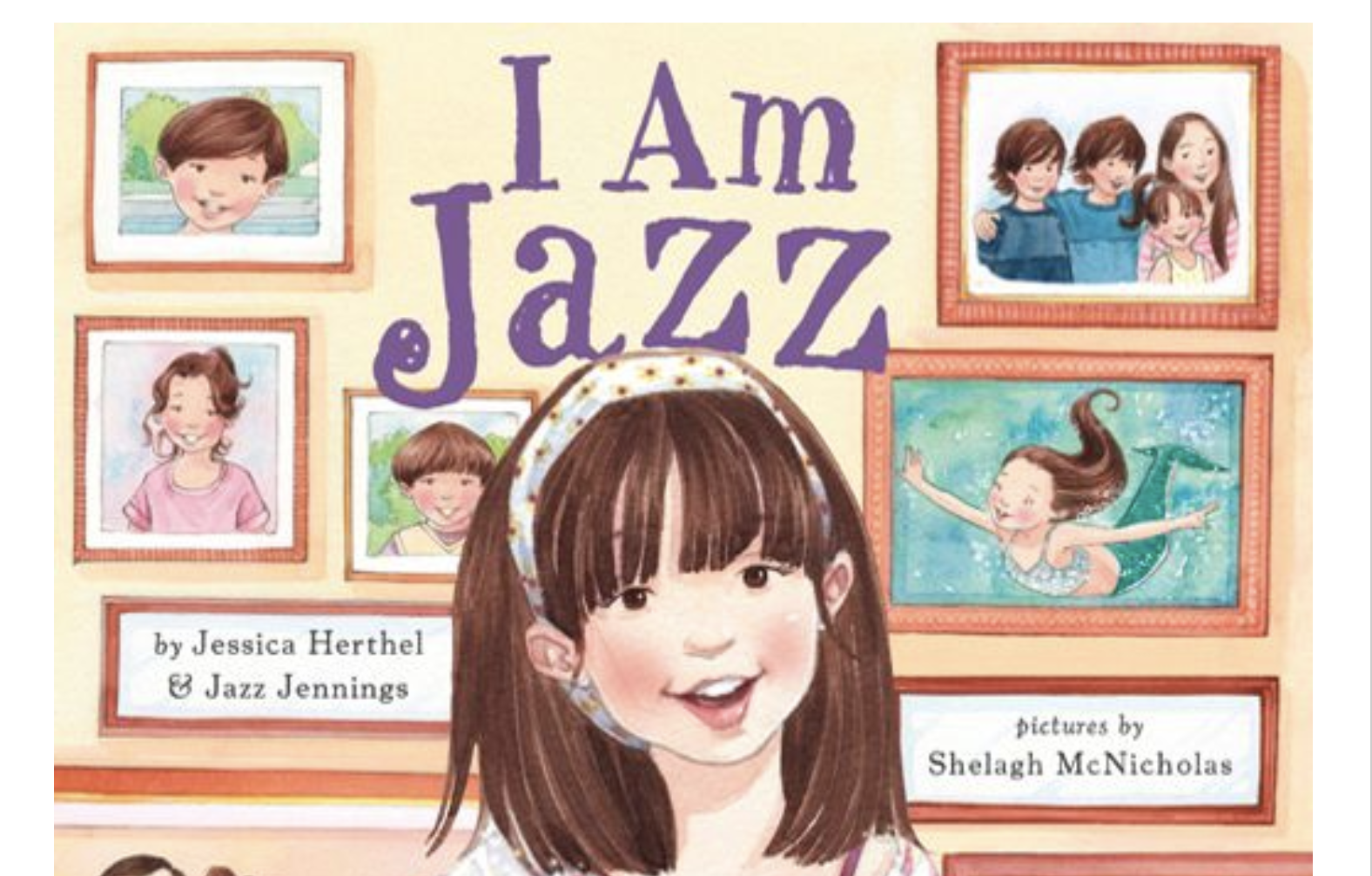 A review of the book “I am Jazz” gives a good overview of many of the common myths and cultural misperceptions surrounding gender confusion. A basic overview of the things you need to know about transgenderism. 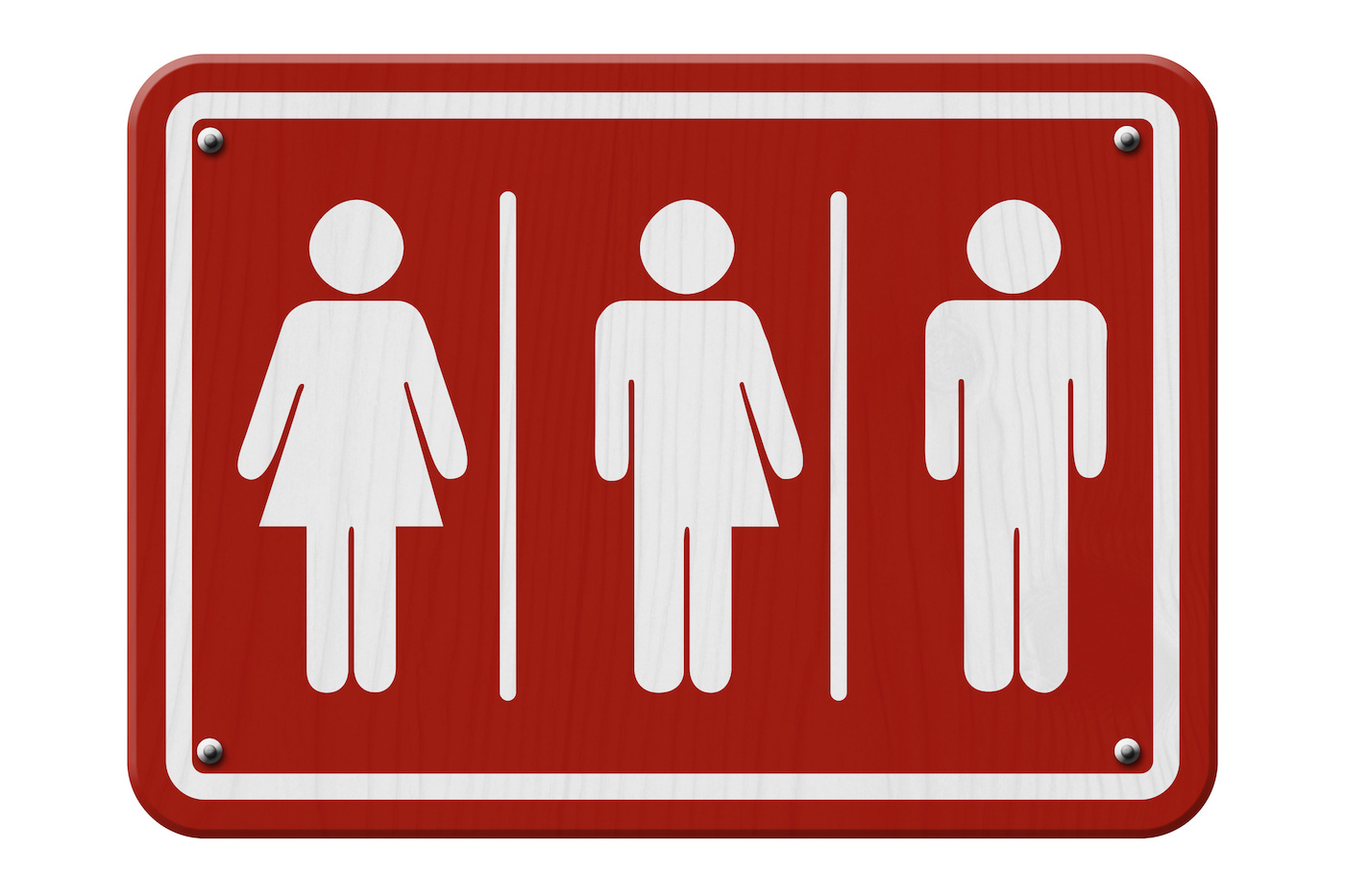 The Medical Scandal that the Mainstream Media Ignores

One mother’s story:  “Clinicians successfully obtain parents’ consent to these risky, and likely regrettable, hormonal and surgical treatments. In fact, serious complications, sterility and loss of sexual function are the likely immediate outcomes of this medical experiment on children.” 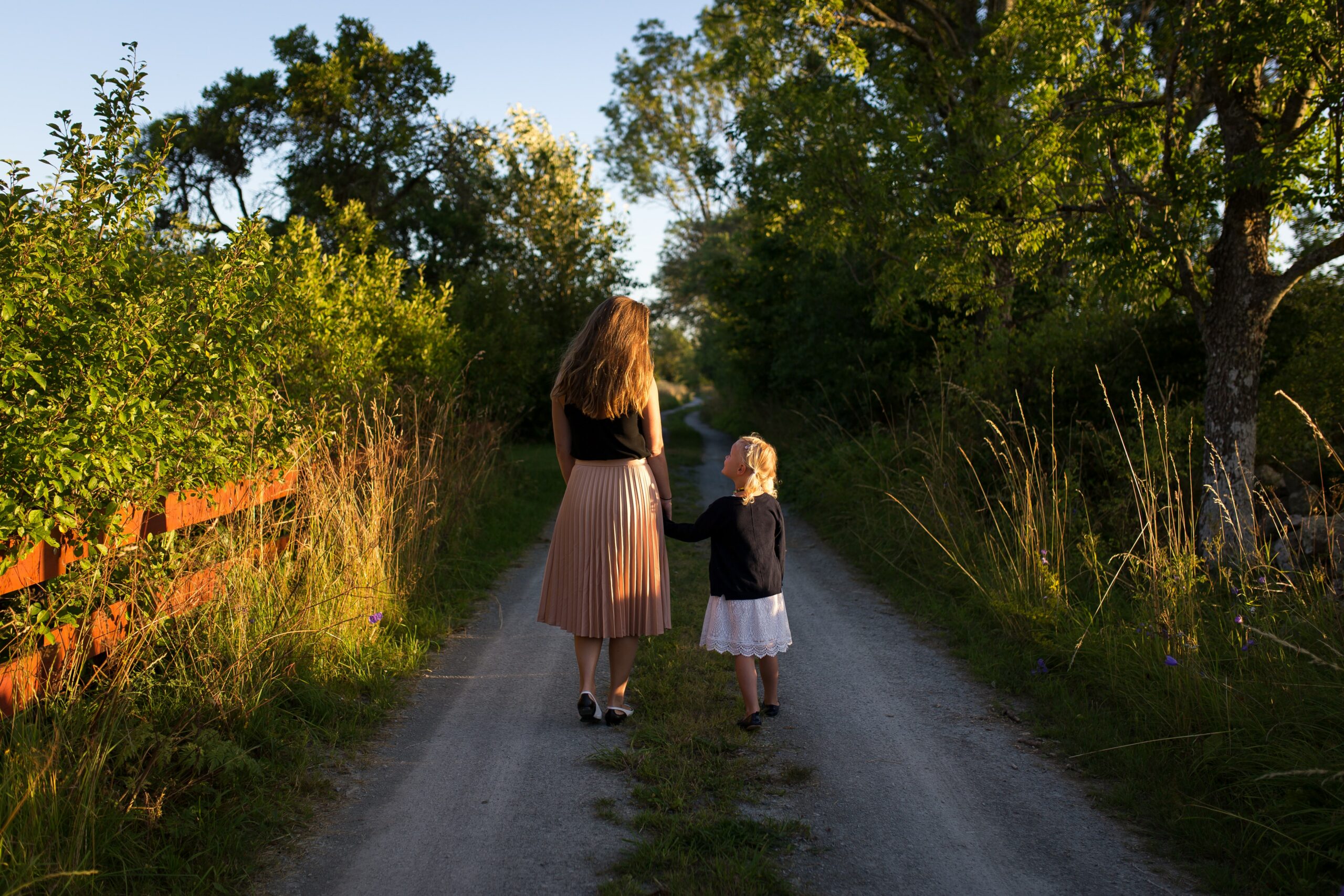 Listening to a child doesn’t mean accepting the ‘trans’ narrative

An individual from the left side of the political divide responds to questions and charges of “trans-phobia;” clarifying what it means to support and care about children who experience gender disphoria. 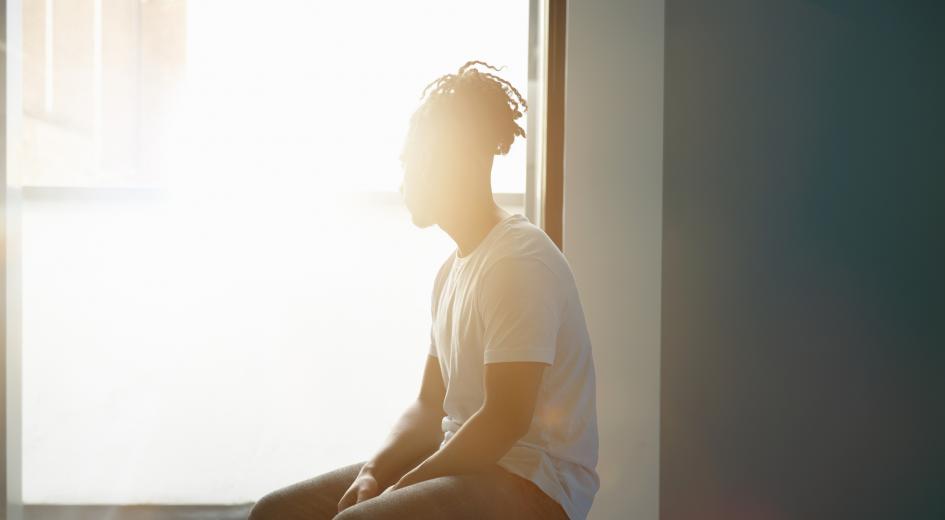 Ryan Anderson gives insights into the research surrounding the question:  “Does transition, for a person with gender dysphoria, actually help them.   (4 min. read.)

For more insights regarding this study, go here and here. 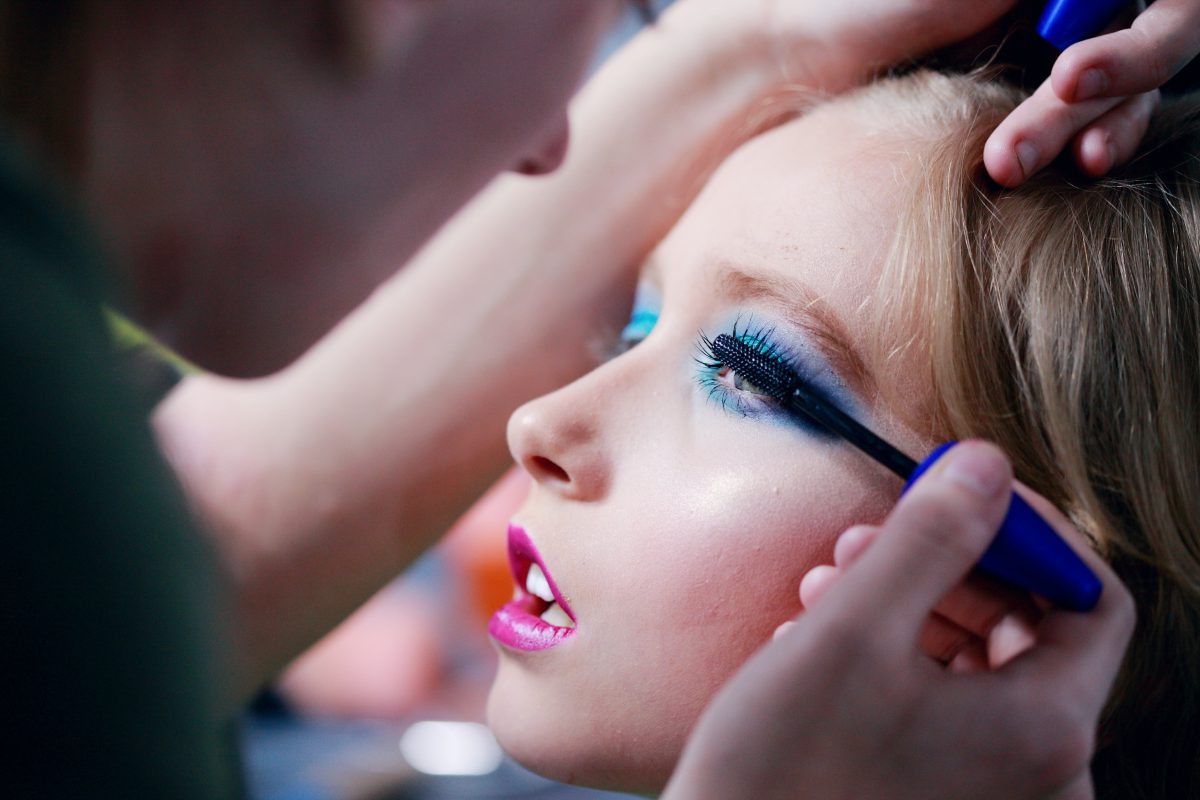 No one is Born in the Wrong Body

Learn about the statistical distribution of personality traits between males and females. What is normal and what is not. Answers the question: Should we quickly move to affirm a child who believes he/she was born in the wrong body? 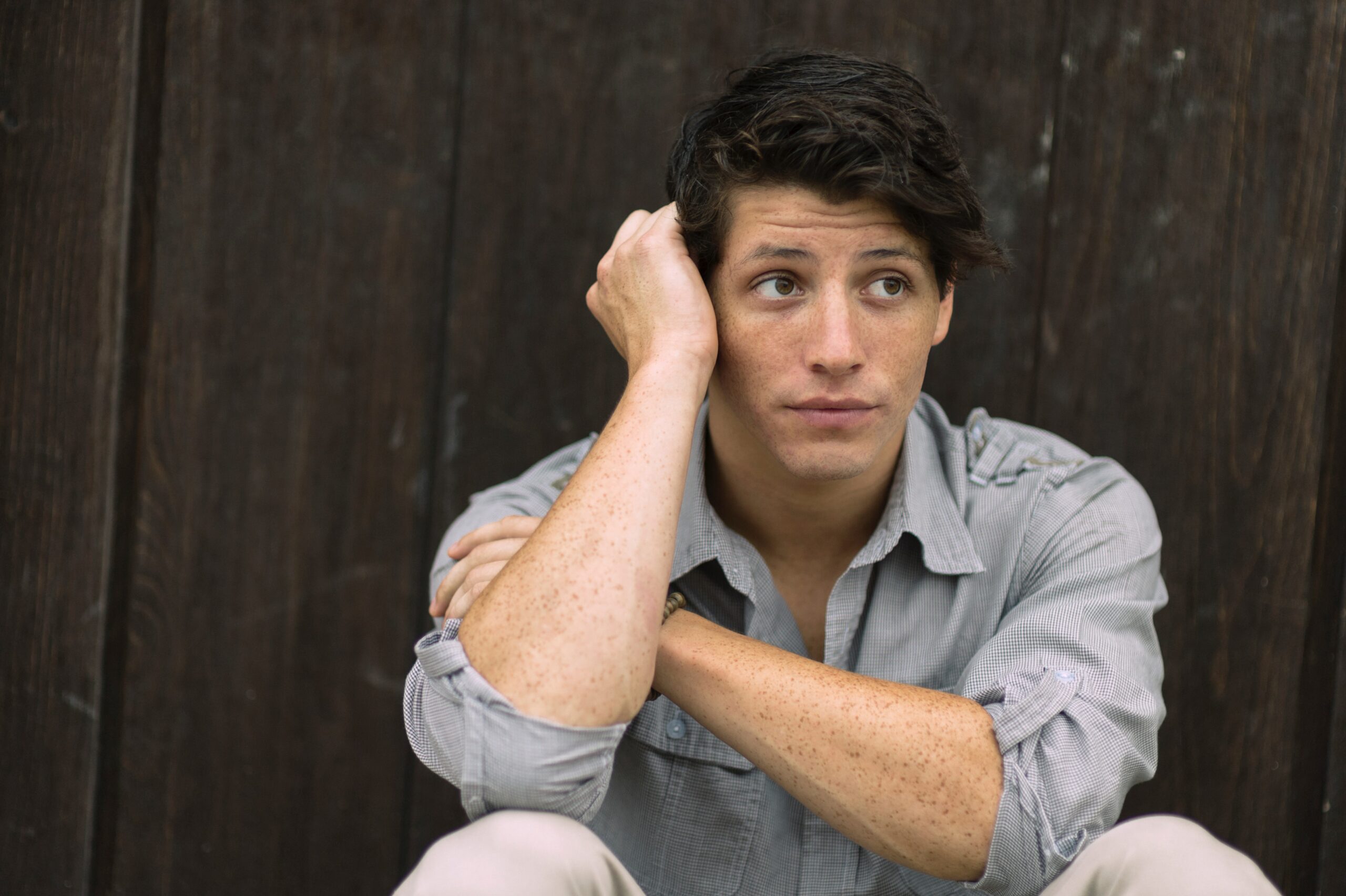 Do trans- kids stay trans- when they grow up?

Following the closure of the CAMH Gender Identity Clinic for children, I have been receiving requests for what the science says. Do kids grow out of wanting to change sex, or does it continue when they are adults? 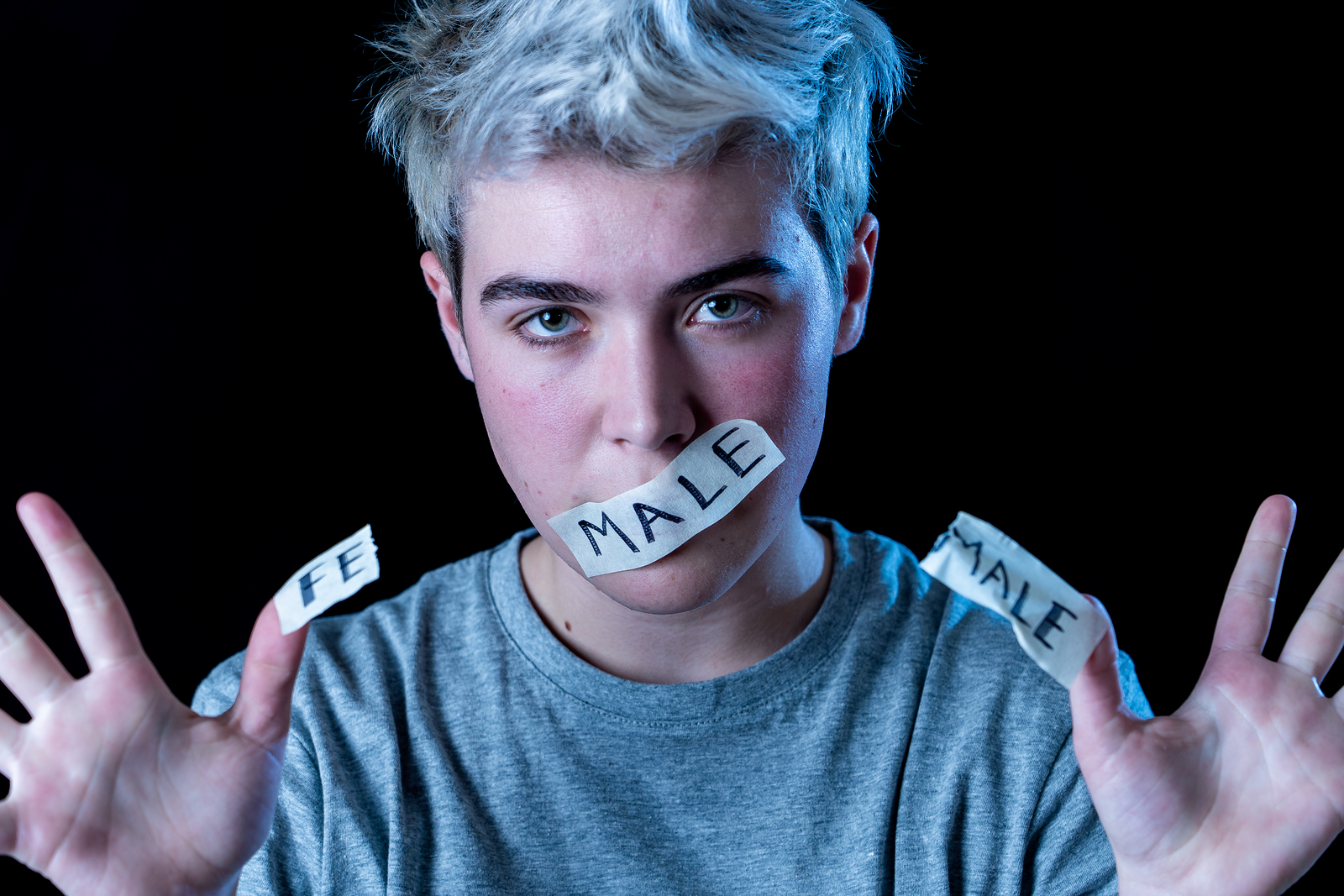 10 painful things I learned when my daughter transitioned

A mother explains what she wishes she’d known. Learn what red flags a parent needs to watch for. 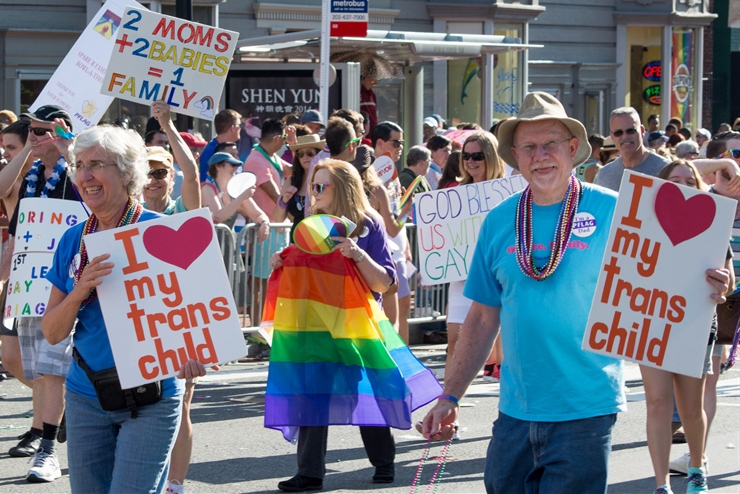 The Transgender Craze is Creating Thousands of Young Victims

“Rapid Onset Gender Dysphoria (ROGD) is what Dr. Lisa Littman calls a ‘social contagion’ and it primarily impacts young girls.” Become familiar with the effects of puberty blocker and what happens to women and girls when they medicate with testosterone. 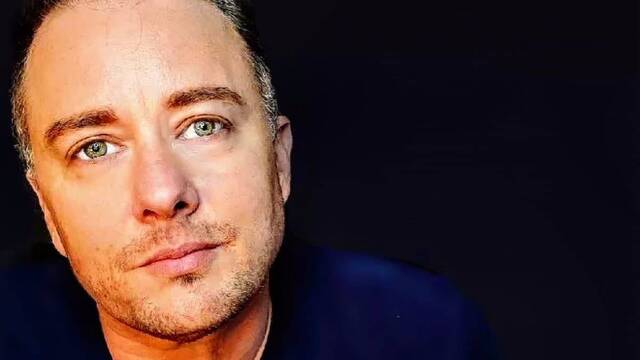 A Trans Campaigner Speaks Out against Transgender Activism

A 47-year-old transgender man explains the mental and physical complications that result from transitioning and cautions people to take a long hard look at what is occurring when individuals with gender dysphoria are encouraged to go down that path. Scott Newgent answers the question: Why did you do it?

(Watch one or more)

“Dr. Michael Laidlaw, an Endocrinologist, explains the devastating effects that puberty blockers, cross-sex hormones and surgical modifications can have on children’s developing bodies.” (3:33)

For an expanded version of the medical risks of transitioning, Dr. Michael Laidlaw, go here.  (14:28)

The rush to embrace and affirm the transgender agenda is based on ideology not science and children struggling with gender dysphoria may be the most vulnerable victims.  (3:03)

The End of Women’s Sports

What happens to women when society accepts the idea that men can become women based on how they feel? Learn practical, common-sense responses to the “transgender moment.  (4:06)

True for You but Not for Me

Personal opinion does not constitute reality. Truth is a match up with reality. There is no such thing as “your truth” only “the truth.”  (5:24)

What happens to women when society accepts the idea that men can become women based on how they feel? Learn practical, common-sense responses to the “transgender moment.  (4:06)

A doctor responds to a question from a reporter: “You said that allowing children to transition is tantamount to child abuse. Isn’t that over statement? And, what about the studies that show children who transition have positive mental/emotional outcomes?”  (2:06) 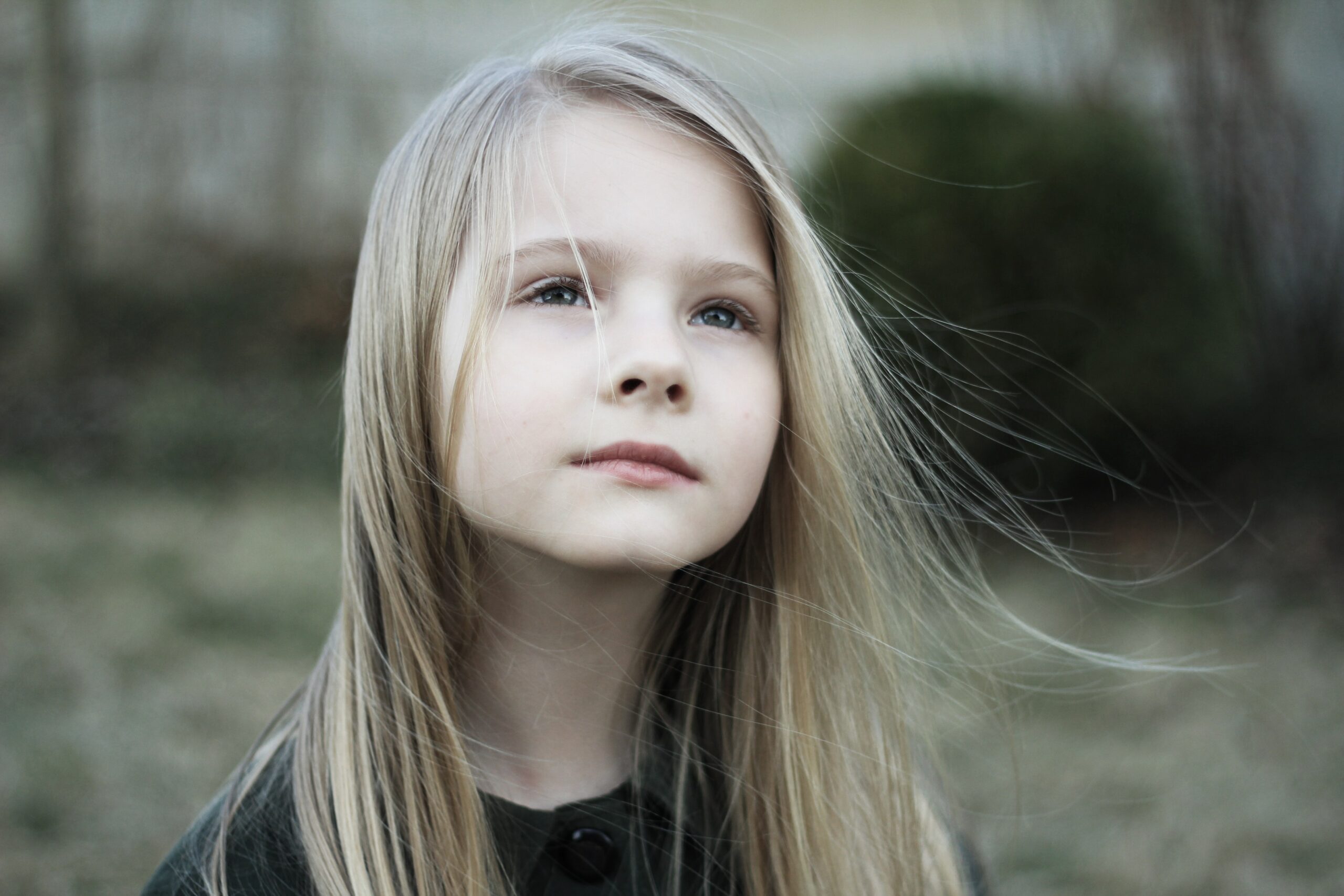 Do Not Sterilize Children: Why Physiological Gender Transition Procedures for Minors Should Be Prohibited

A comprehensive guide to the issue of gender confusion and the impact of transitioning on children. This guide will help you feel comfortable discussing this challenging topic. 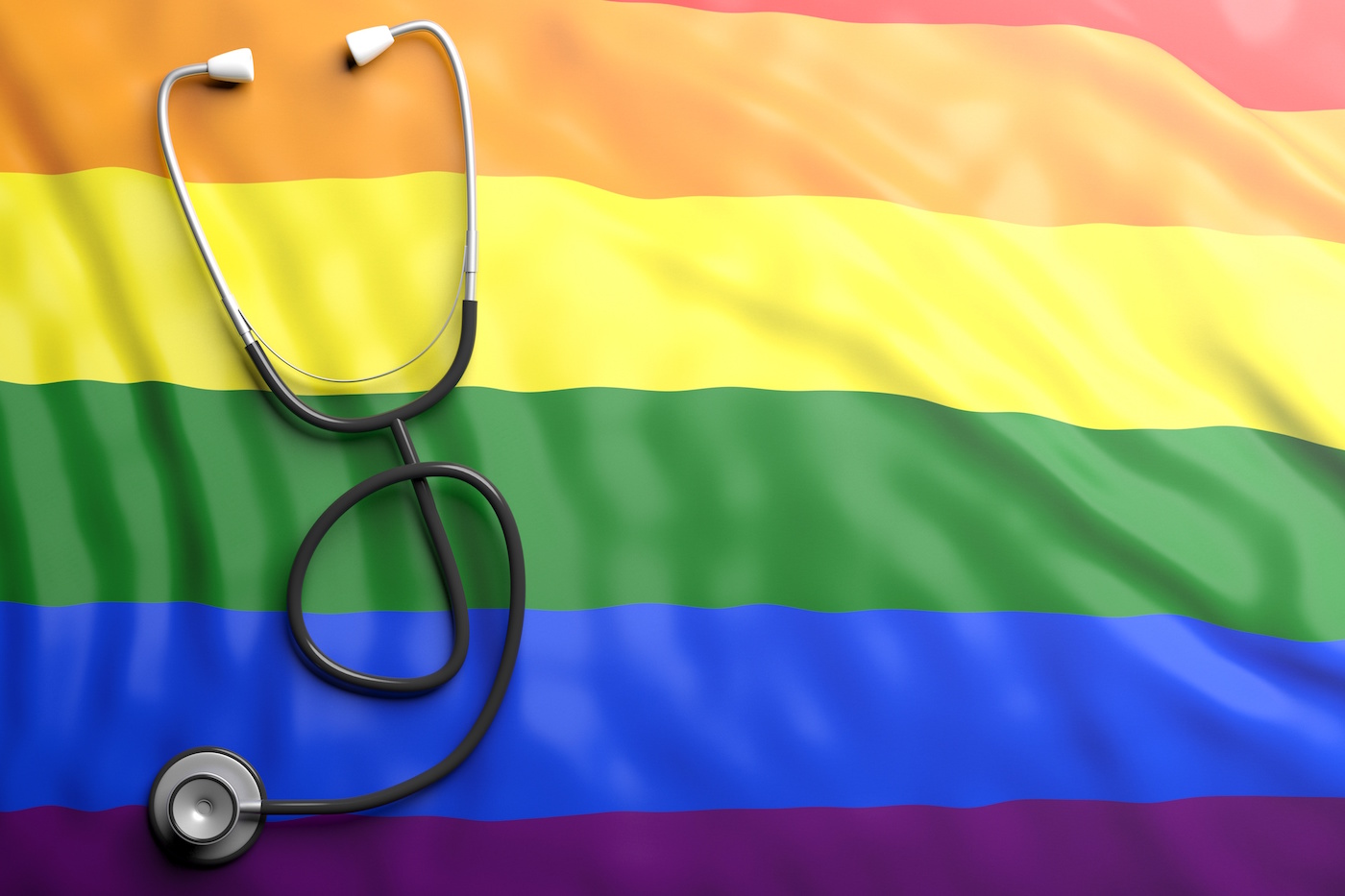 What We Don’t Know: Does Gender Transition Improve the Lives of People with Gender Dysphoria?

A detailed article debunking 52 studies that purport to show “gender transitioning” is an effective treatment for Gender Identity dysphoria. 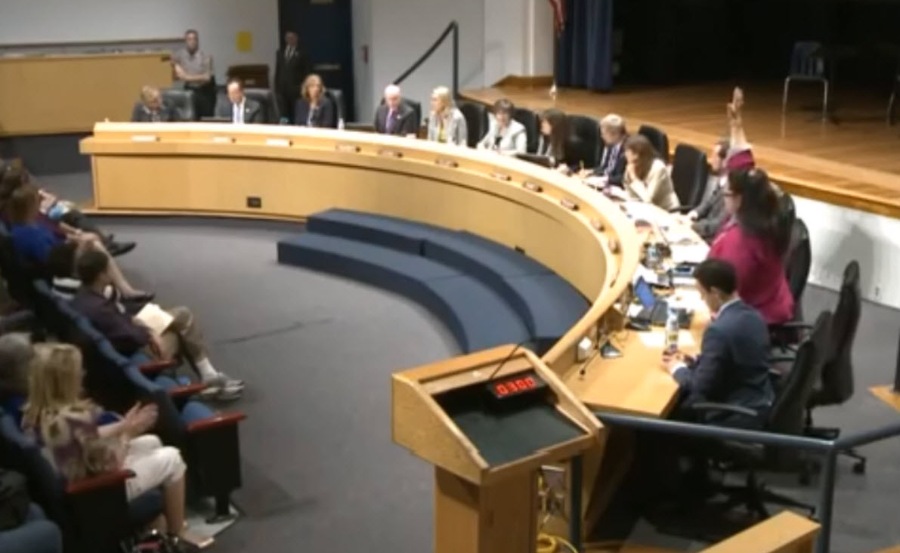 #School Board Sex Politics with Students in Fairfax County

Is this the future of your child’s school? Learn about what is happening in one school district so you are prepared and ever vigilant to prevent it from happening in yours. 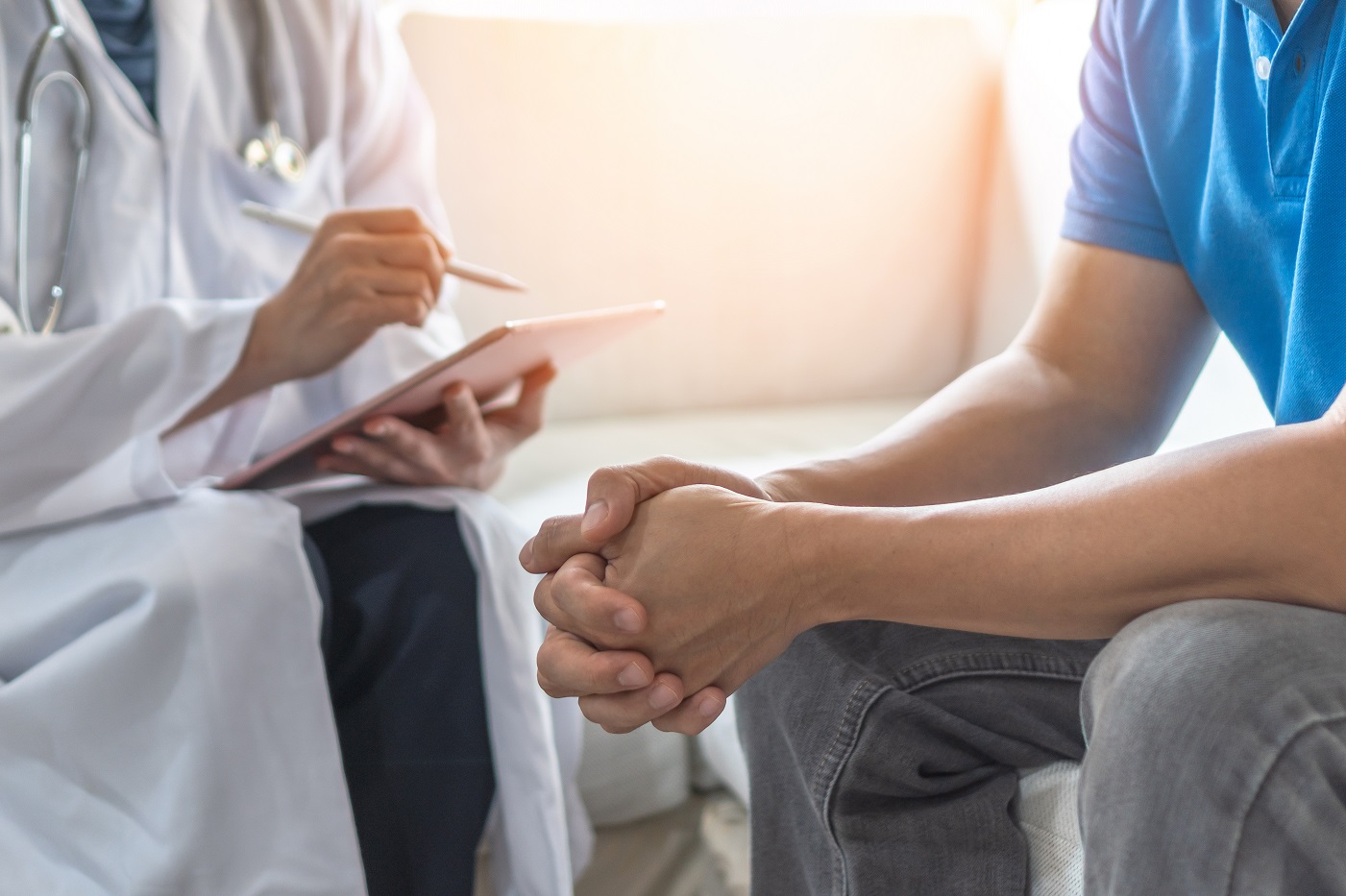 The American Journal of Psychiatry has issued a major correction to a recent study. The Bränström study reanalysis demonstrated that neither “gender-affirming hormone treatment” nor “gender-affirming surgery” reduced the need of transgender-identifying people for mental health services. Fad medicine is bad medicine. 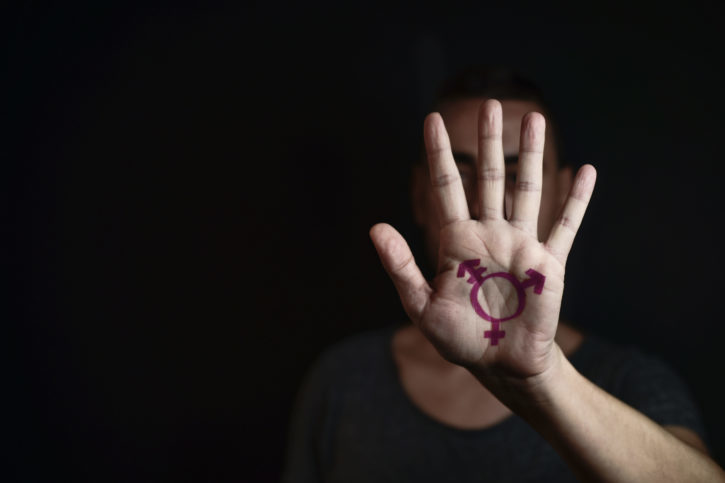 A European surgeon discusses transition regret and how research and information is being suppressed. 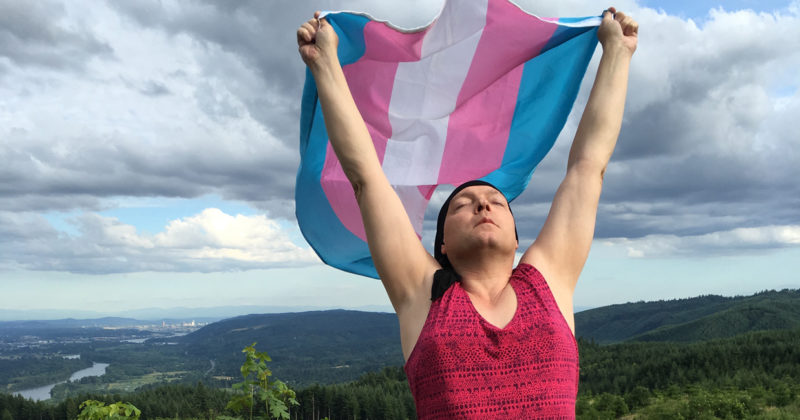 I Was America’s First ‘Nonbinary’ Person. It Was All a Sham

James Shupe shares his story of gender confusion, transitioning and becoming a pawn in transgender activism. James made history, but learn the rest of the story.

Here are some stats regarding gender incongruence.  Consider using these in your social media.

Transgenderism – Not a Civil Right

Dr. Michelle Cretella, President of the Association of American Pediatricians, explains: “a mental illness not a civil right” and answers many questions about transgenderism and its impact on children. This link also includes a full transcript. (27:32)

Gender Identity: Why All the Confusion?

Are male and female one and the same? Or are there real male-female differences rooted in biology? (4:35)

An English court (December 2020) suspended the right of children to make the decision to begin the process of transitioning, stating that children are not capable of giving informed consent to this type of treatment.  Hear what both sides of the issue have to say. (14:05)

An interview with Ryan Anderson regarding the correction posted in the Amercian Journal of Psychiatry regarding the effect of transgender surgeries on mental health. (4:06)

Should biological males be allowed to compete in women’s sports?  Allowed to enter women’s restrooms and locker rooms?  See what the public thinks.  Are our politicians and policy makers listening?  (2:50)

When Harry Became Sally provides thoughtful answers to questions arising from our transgender moment. Drawing on the best insights from biology, psychology, and philosophy, Ryan Anderson offers a nuanced view of human embodiment, a balanced approach to public policy on gender identity, and a sober assessment of the human costs of getting human nature wrong. 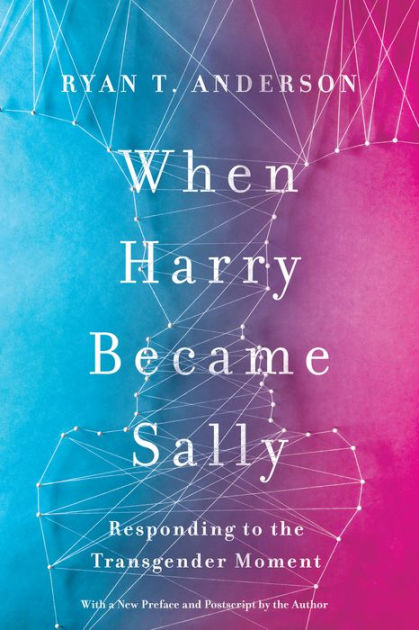 “These girls are self-indoctrinating,[thinking] that if they just try it, all their problems will go away.” And it’s not just the medical community who are reinforcing that lie, the author warns. It’s the education system. 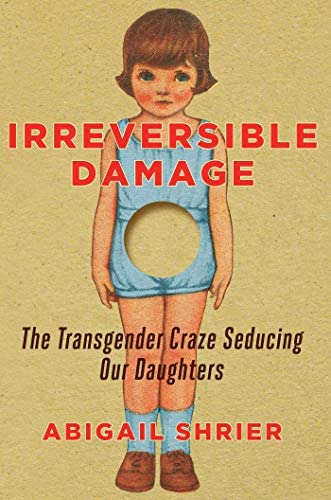 Resources to help you discuss with friends and family.

Get involved in your community and local governments to make a difference.

Next step: During the Meeting