Step 1:
Talk to your children

Have there been things taught or talked about at school that made you uncomfortable?

What is the purpose of human sexuality?

How can we show respect for others and ourselves?

Why do you think it is important for your parents, your mom and dad, to teach you about sexuality?

Consider using these articles to help guide your conversations:

Talking about sex and puberty

Curriculum at Your Child's School

Have you ever gone to your child’s school and asked to see the curriculum used for Sex Education?

Are you familiar with the term “Comprehensive Sexuality Education?”

Do you know if your school district has an “opt out” or an “opt in” policy for children when a controversial topic is being taught?   (Explain the difference and why that matters.)

Are you familiar with the terms:  “Age appropriate” “Medically Accurate” or “Science/Evidence Based” and how these terms are misused?  (Explain what you’ve learned regarding these words.)

Attend school board meetings and have regular meetings with school board members and principals of your children’s schools.  If you’re well acquainted with them, your odds are increased they will listen to you.   Consider running for a school board position – become a decision maker!

As a parent you have a right to see your child’s sex ed curriculum; by law, the school is required to provide it to you.  Don’t take “no” for an answer and don’t let educators try to appease you by showing an outline.  You need to see the curriculum – all of it!

Watch Out for Student Surveys

Watch out for content on Chrome Books. Watch out surveys.  Call the school and inform them you want your child opted out of every survey.  Teach your children to not participate in any survey done at school.

Use your influence to encourage your child’s teachers to opt out of their teacher’s union.  The National Teacher’s Union is a major supporter and driver of CSE.

Keep informed about your local legislature and any CSE bills or “opt in/opt out” laws that might be considered.  (Understand the ambiguous language that is used to fool parents and to lessen resistance to these destructive Sex-Ed Programs.)

When bills come up, be prepared to speak at a legislative hearing, write letters to the editor of your local newspaper, use social media to alert others to the situation, put together a petition and get others involved.

Become familiar with the Education Code (laws) in your state.  Find your state’s laws here.  Look for the laws on Sex Education, opt-in and opt-out statutes and anything else that might help your cause.

Monitor the curricula at your child’s school.  Do it for all school subjects – including the Sex-Ed curriculum.  Divide the school subjects up among other like-minded parents – to minimize the workload.

Apply to represent parents on your district’s Curricula Review Board, so as to monitor and approve curriculum introduced into the local education system.

Unlike traditional sex education, CSE is highly explicit and promotes promiscuity and high-risk sexual behaviors to children as healthy and normal.

Comprehensive sexuality education programs fail to teach children about all of the emotional, psychological and physical health risks of promiscuous sexual activity.

Comprehensive sexuality education is only comprehensive in its teaching of explicit sexuality, not in its presentation of facts which would keep children safe. When parents are thoroughly educated on what CSE entails, they reject it.

The comprehensive sex education of today’s primary, secondary, and collegiate education may purport to aim at sexual risk reduction, but it effectively instructs young men and women in sexual risk-taking.

The promoters of CSE intend to use schools to neutralize any objection to same-sex behavior, normalize any form of sexual activity, promote abortion, dismantle marriage and family, deconstruct gender roles, and perform social engineering on a major scale – all the while training the next generation of gender and sexual rights activists.

“CSE” is a “rights-based” approach to sex education and promotes sexual rights to children at the expense of their sexual health.

Teens are less sexually active today than they were 20 years ago.

Lucrative “sexual and reproductive health care services” can include sexual counseling, family planning, contraception, condoms, abortion, testing and treatments for STIs, and HIV/AIDS prevention and treatment, as well as related commodities, pharmaceuticals, vaccines, etc. The early sexualization of children through CSE can create lifelong paying customers for these services.

CSE promotes disrespect for parents and religious and cultural values, as well as sexual counseling, information or services to minors without parental consent.

The ridiculousness of teaching “Safe Sex”:

-We don’t teach children how to safely play with fire to avoid terrible burns; we teach them fire-playing abstinence.

-We don’t have texting while driving safety instruction for our new young drivers; we teach them texting-while-driving abstinence.

-We don’t educate our young adults how to drink or do drugs safely; we teach them drug-and-alcohol abstinence.

-We don’t teach those who drive under the influence how to do so safely; we teach DUI abstinence.

-As a society we teach abstinence from virtually every behavior that produces life-altering consequences, except sexuality.

Fewer than 40% of American high school students have ever had sexual intercourse, a decline of over 15 percentage points since the early 1990s.  The decades-long drop in teen sex is likely far more of a causal factor than expanded use of birth control in explaining the steady decline of teen pregnancy and abortion.  Youth Risk Behavior Surveillance System (YRBS), Centers for Disease Control, 2019.  https://www.cdc.gov/healthyyouth/data/yrbs/index.htm

Teens and adults tend to greatly overestimate the size of the “hook-up culture” and these misconceptions can be detrimental to young people. Large numbers of teens and young adults are unprepared for caring, lasting romantic relationships and are anxious about developing them. Richard Weissbourd, et al., “The Talk How Adults Can Promote Young People’s Healthy Relationships and Prevent Misogyny and Sexual Harassment,” Making Caring Common Project, Harvard Graduate School of Education, 2017.

“70% of young adults wish they had received more information and guidance about finding lasting love from their parents,” and 65% wanted more guidance from a health or sex education class “on some emotional aspect of romantic relationships.” Richard Weissbourd, et al., “The Talk How Adults Can Promote Young People’s Healthy Relationships and Prevent Misogyny and Sexual Harassment,” Making Caring Common Project, Harvard Graduate School of Education, 2017.

“Teens who are close to their parents and feel supported by them are more likely to abstain from sex, wait until they are older to begin having sex, have fewer sexual partners, and use contraception more consistently.”   The National Campaign to Prevent Teen and Unplanned Pregnancy, data drawn from “Parent Power Survey,” Oct. 2016.

“The results suggest that delaying age at first intercourse by one year would result in a 4.6-percentage-point increase in the probability that adolescent females receive a high school diploma.”  Joseph J Sabia and Daniel I. Rees, “The Effect of Sexual Abstinence of Females’ Educational Attainment,” Demography, 46 (4) 2009: 695-715.  https://www.ncbi.nlm.nih.gov/pmc/articles/PMC2831358/

Resources to Help Parents and Families

A clearing house for information, research and resources regarding sexual risk avoidance.

An abstinence-focused program based on lifelong health and wellness.

This is an organization that works on college campuses.  Its mission is to help young adults understand and maintain their sexual integrity.

Oregon based group that supports parents in stopping CSE curriculum from being implemented in their schools. 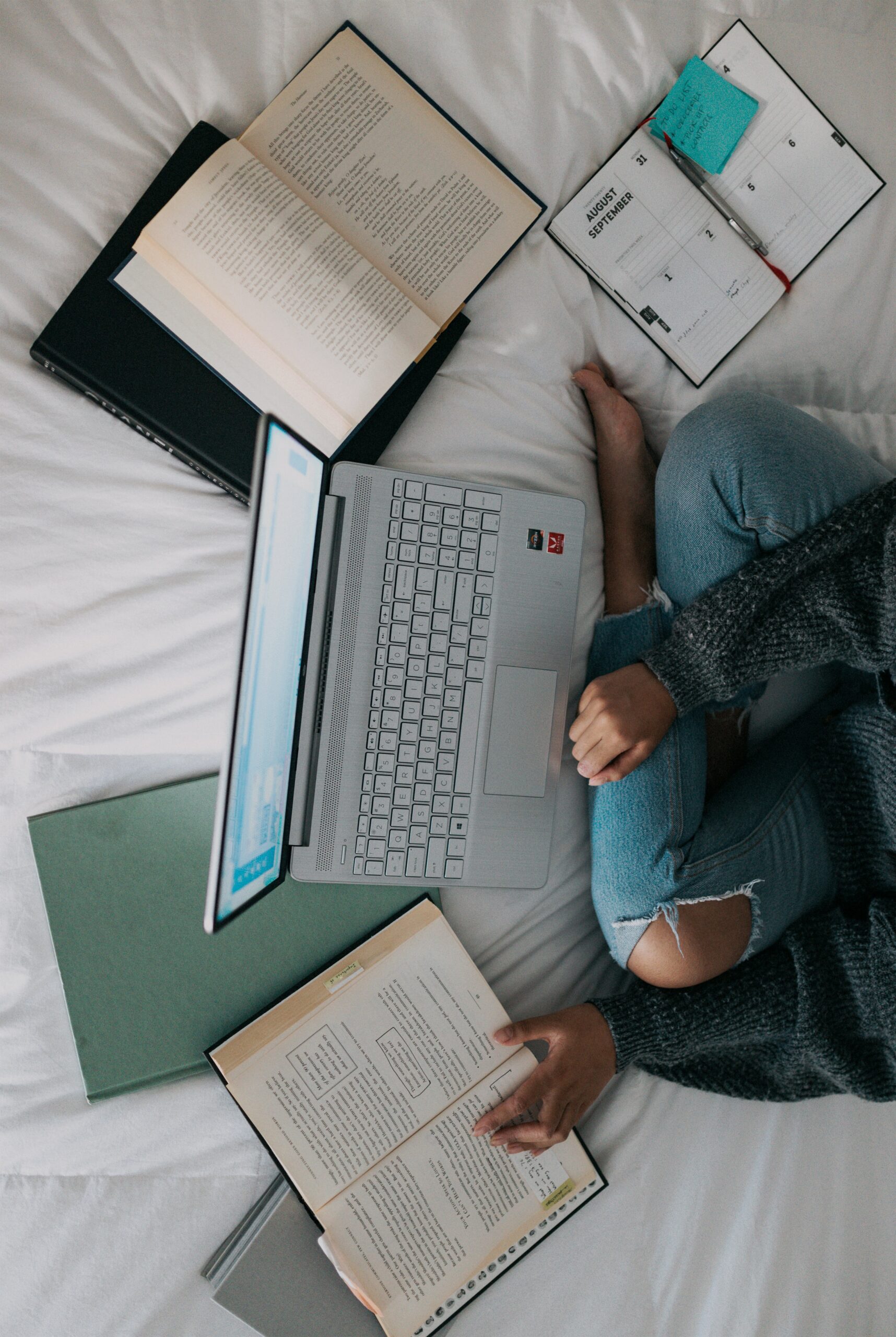 We are bombarded by information, but who can you believe?  Google, SIRI, Alexa, Website A, B or C?  In advocacy work, it is imperative to use trustworthy sources of information.

Do some detective work:  Who is the author of a white paper or article?  Is that person connected to an organization? Does that organization’s website have an “About Us” section? Go there.  Review the Board of Directors and Staff resumes/bios.  This will give you clues as to the policy and ideological leanings of the writer and the connected website.  Take advantage of the “Contact Us” information and note the geographic locale of the entity that has put up the website. Look for dates and signs that the website is current and regularly updated.

Citations, citations, citations.  Don’t accept statements at face value; know the origins of all information, statistics and research.  This process takes time, but it is worth it. Don’t let misinformation hamper your advocacy and damage your credibility.  Learn more about credible sources here.

“To be credible we must be truthful.” Edward R Murrow.